The Valley Restaurants have received many accolades for the quality of the experience they offer.

In the British Curry Awards The Valley in Corbridge received the award for "The Best Indian Restaurant in The North East" and was awarded "Top Ten" in Great Britain and won the coveted "Most Innovative Restaurant" thanks to it's unique 'Passage To India Service'. 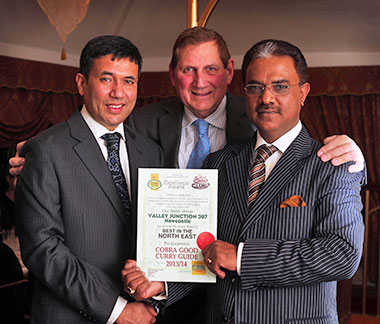